30,000 people filled the route through Arlington, VA, Rosslyn, Georgetown, Palisades, and most major monuments in Washington, DC before returning to Crystal City, Virginia and then to the finish at the Marine Corps War Memorial. It marks the 41st running of the event which is the 6th largest marathon in the U.S. and has been completed by Oprah Winfrey, Vice President Al Gore and Supreme Court Justice Clarence Thomas. Kim finished in the top 28% placing 8704 out of 30,000 runners with a time of 4:49:38. 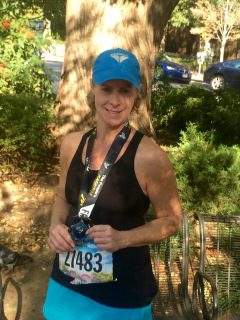